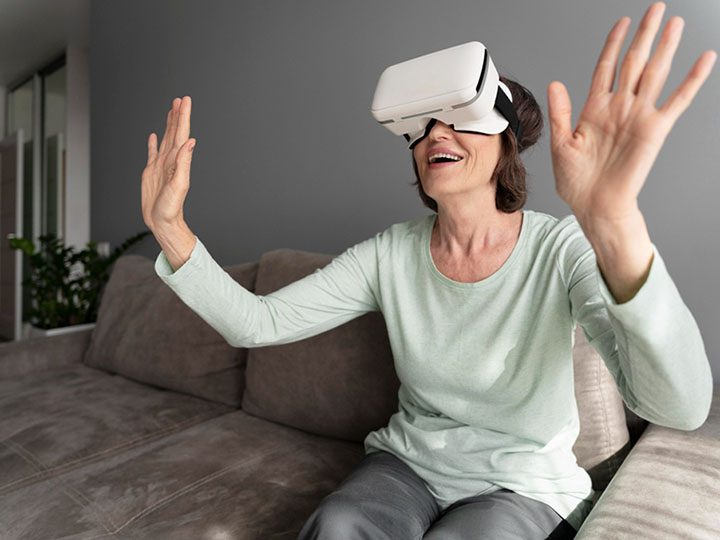 Experts often thought virtual reality could damage our brains. However, VR these days seems to help the gray matter in our brains. A recent wave of psychological research has been pioneered to diagnose as well as treat medical conditions such as social anxiety, chronic pain, and Alzheimer’s disease. Although in their initial stages of research, these solutions are making waves among therapists and hospitals.

The idea is to use VR to tweak and test the brain in its initial years of development. Presently the excitement around VR entertainment and gaming seems to fizzle down from its peak of 2017. However, it’s pertinent to question if VR therapy can be a reality or is just another bubble. Research and outcomes have been giving a positive feel and it’s expected that psych-focused VR would live up to its hype.

Increased interest in mental health has made tech companies devote considerable resources to create VR content for therapeutic outcomes. VR in the past has been successful to treat post-traumatic stress disorder but the present programs are made to address a broader range of conditions. Palo Alto-based Limbix library has included VR content designs for treating issues related to alcohol addiction, teenage depression, and claustrophobia. Similarly, Psious a company based in Barcelona uses VR technology to treat eating disorders.

Presently, VR content is essentially designed to aid exposure therapy for treating anxiety disorders. It exposes patients to anxiety-inducing stimuli in controlled and safe environments to learn about threats which patients are worried about but aren’t dangerous. For instance, a person fearing heights can visit progressively taller buildings along with a therapist in vivo exposure.

Such exposures usually take place in carefully controlled real-world scenarios. But VR enables therapists to create a safer and controlled environment using a VR headset instead. These are quicker, less expensive, and more importantly safer options. VR also provides a therapist with better control over the intensity of their patient experiences leading to better treatment outcomes. This therapy also allows patients to do things that they might not be able to do in real-world conditions.

Establishing rules for such therapies requires deeper research to improve the efficiency of VR therapies. An important area to focus on is to predict who is going to give a positive response to VR as compared to other methods. For instance, some studies showed that patients with PTSD who also suffered from depression responded better to VR exposure therapy as against other treatment methods.

Optimization of VR content also requires experimenting with other sensory stimuli beyond visuals. However, the important question here is to select the type of intervention that can make the most difference to therapeutic outcomes. Additionally, besides providing better outcomes to treatments, VR might also aid diagnosis. For instance, as the technology immerses each patient in a similar situation, researchers believe that VR-based diagnostic testing can be used for conditions such as ADH, Autism, or Schizophrenia.

Also, as VR imitates the everyday environment of a patient, it allows clinicians to test symptoms that are beyond reach. According to a 2016 study by researchers at the University of Cambridge and University College London, the VR program was successful to diagnose Alzheimer’s disease. The outcome of the study revealed that VR tests had facilitated them in diagnosing early-stage patients much more accurately compared to pen and paper cognitive or gold standard tests.

Such developments indicate that VR can replace or augment traditional mental therapy for specific patients. Joyable for instance is a smartphone app that requires users to do 5-minute activities based on Cognitive-Behavioral Therapy.

Although it might take some years before VR replaces the traditional diagnostic techniques, it will surely take an important role in treating and diagnosing mental health or brain disorders. Like any other emerging technology, VR for the brain is expected to be vilified by some even while others have high expectations about its potential.

If you are interested or looking for a reliable Virtual Gaming service provider in Tampa, FL, contact XGS VRCADE. You can subscribe to their membership plans and play any of the 1500 different VR games. You can rent their gaming stations and pay for the minutes or hours you play.