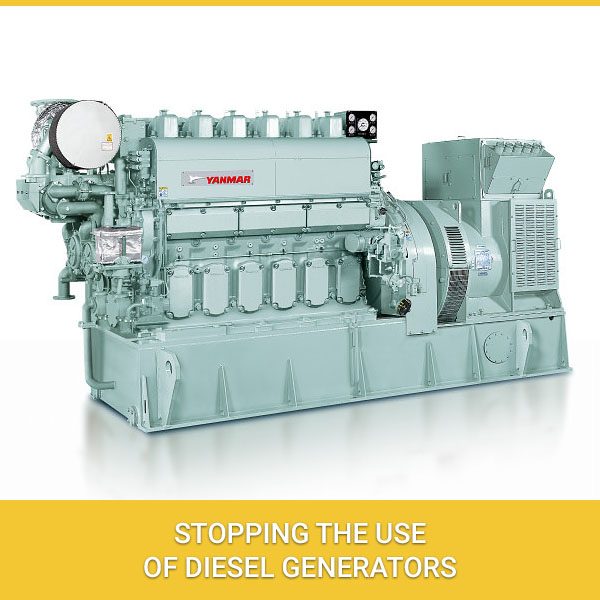 Pacific Gas & Electric (PG&E) is one of the largest electric and gas utility in the country. In recent times it was advising its users to buy diesel generators in anticipation of sudden outages. However, there are some alternatives available and we can use this technology for the betterment of the community and the planet. Microsoft is planning to eliminate the dependence on diesel generators by 2030 as it is planning to go carbon negative. This announcement had a major impact on several of the company’s data centers that use diesel generators for emergency back-up.

It has been many years since Microsoft has been trying to develop effective options for diesel generators. The reason they are citing is making its data centers more sustainable and being less reliant on the generators. However, MS continues to install a great number of generators for their new data centers. By announcing their new deadline MS has set into motion the possible replacements for the diesel generators with clean technologies. Or even eliminate their need by using resiliency through software.

One of the top Microsoft officials said that although the diesel generators accounted for less than 1% of their overall emissions they believed that it was significant to try and accelerate the transition away from the dependence on fossil fuels. They are planning to use low carbon fuel such as hydrogen and using energy storage capabilities. Microsoft’s stand on the use of third-party websites that are using diesel generators is not known yet.

After announcing its intent to decrease the use of diesel generators in 2012 Microsoft tested many alternatives. The company outlined the plans for powering some parts of its facility in Wyoming by using biogas waste from WTP (Water Treatment Plant). The company also developed Advanced Energy Lab in 2017 in Seattle that could power 17 racks of servers by using fuel cells working on natural gas.

Diesel generators are hard to dislodge

The computer data center industry was developed to make sure that the crucial applications never went offline. This target is achieved by using layers of electrical infrastructure that includes UPS systems and the emergency backup diesel generators. Getting rid of the generators and the UPS systems has been on the agenda for many hyper-scale providers. Yahoo started experimenting with alternatives for power backup for a part of its workload. Almost all operators are looking to eliminate the generators and use modern technology instead.

The problem is that there is no other technology available that can effectively combine the reliability, lower operating cost, local control, and open-ended constant supply of power associated with diesel generators. There are four options pursued by the various companies’ viz fuel cells, batteries, lithium-ion batteries, and cloud-based resiliency. Equinix has used fuel cells for installing Bloom Energy Server in California for 12 data centers. The server uses solid oxide fuel cell technology for converting the fuel to electricity by using an electrochemical reaction without combustion. This also works with natural gas and biofuels.

Despite all these developments in the field of alternative power back-up, the dependence on diesel generators remains imperative. If you are looking to buy a diesel generator in Florida that will be suitable for your needs get in touch with Mid Florida Diesel. The company not only serves as a sales unit but also can be useful for the servicing of the existing diesel generators. It is capable of load bank testing and preventive maintenance as well. The friendly professionals from the company are available to answer all the queries and concerns you may have about diesel generators or other related services.